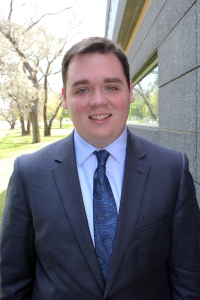 Under Clayton Werner’s leadership, USF’s American Marketing Association Chapter has soared. He joined the organization as a freshman to immerse himself in his marketing major and to establish a network of classmates and professional contacts. Since then, the chapter has been ranked among the top 4 percent of chapters in North America.

He contributed to three case competition teams that placed in the top 16 of all American Marketing Association chapters and placed third out of 98 teams in a marketing strategy competition this March.

Werner will graduate with bachelor’s degrees in marketing and management in the spring of 2017 and has been accepted into the USF Sport & Entertainment Management program. He currently maintains a 3.47 overall grade-point average.

He also has helped collect more than 300 cell samples for Be the Match, a bone-marrow registry that works to find cures for bone and blood diseases and matches patients with donors across the nation. He has also helped to fundraise nearly $42,000 to send American Marketing Association members to the AMA International Collegiate Conference over the last three years.